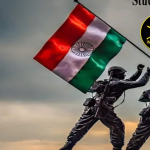 SSC CHSL (10+2) exam is conducted by the Staff Selection Commission to select Higher Secondary qualified students into various departments and offices of the Indian government.

Every year thousands of vacancies are filled by SSC in Government departments through SSC CHSL Exam and lakhs of candidates apply for this exam.

The SSC CHSL will be conducted for the recruitment of eligible candidates in different government departments, offices and ministries for different posts like :

The online application process for SSC CHSL 2022 exam has begun from 01st February 2022 along with the release of its notification.

The last date to apply online SSC CHSL 2022 Exam is 07th March 2022. For more details about SSC CHSL Apply Online, click on the below link.

The total number of vacancies for the SSC CHSL 2022 exam has not been released yet.

SSC will release a notice regarding SSC CHSL 2022 vacancy soon. Last Year, SSC had introduced 4893 vacancies. The Post wise vacancy are mentioned below:

There are 3 important criteria that a candidate must fulfil in order to be eligible for the SSC CHSL 2022. The 3 parameters are given below:

A candidate must be either:

Before beginning the SSC CHSL preparation, it is important to make note of changes in exam pattern and syllabus. The modifications to SSC CHSL Exam Pattern 2022 are given below:

• Introduction of a descriptive paper of 100 marks within 60 minutes in pen and paper mode.

• Reduction in the time limit for examination of Tier -I from 75 minutes to 60 minutes.

• Tier III will remain the same.

• No Sectional Cut off.

Since the SSC CHSL is comprised of 3 different levels, we must deal with their syllabus independently.

This is an objective exam that will be conducted online.

The subject-wise details are given below:

Computation of Whole Number, Decimal and Fractions, Relationship between numbers.

Familiarity with elementary geometric figures and facts: Triangle and its various kinds of centres, Congruence and similarity of triangles, Circle and its chords, tangents, angles subtended by chords of a circle, common tangents to two or more circles.

Use of Tables and Graphs: Histogram, Frequency polygon, Bar-diagram, Pie-chart.

• There is negative marking in SSC CHSL 2022 Tier 1 Exam. Giving a wrong answer to a question will lead to a penalty of 0.5 marks in all sections

• The exam duration is 75 minutes for candidates who are visually handicapped.

The salary structure for different posts under the SSC Combined Higher Secondary Level exam is given below:

Every candidate who registers for SSC CHSL Exam 2022 within the stipulated time will be assigned an e-admit card/hall ticket/call letter that can be downloaded from the official website of SSC. The admit card for the CHSL Tier-1 exam will be released first followed by the admit card of the CHSL Tier-2 exam (administered to only those candidates who qualify for the Tier 1 exam).

More information and the download link for the admit card will be displayed post the release of the official notification for SSC CHSL 2022. Candidates are advised to keep checking this page for updates.

SSC CHSL Result will be declared after the examination for different Tiers of SSC CHSL 2022 exam has been conducted. All candidates can check their SSC CHSL Result & Marks by clicking on the link mentioned below:

To get an insight into SSC CHSL 2022 Cut-Off, we must have an idea about previous years cut-off. Have a look at the cut-off for SSC CHSL Tier I Exam 2021: